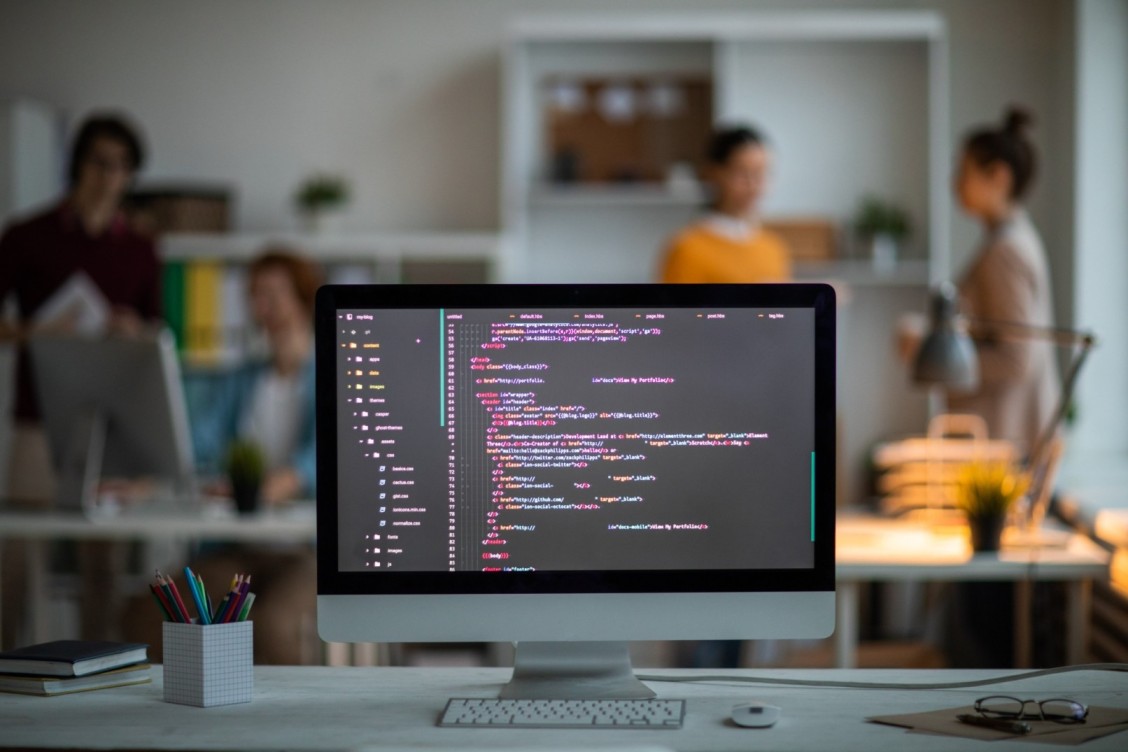 How you can accelerate your learnings
Register for Webinar
Home
›
Blog
›
Coding vs. Programming — Here’s How They’re Different

All development in the technology industry is built on the foundation of programming and coding. While both terms may appear similar to those outside the industry, there is a significant difference between coding and programming.

The differences between coding and programming include templating, skills, approach, support, and so on. We'll elaborate on all of these to help you understand them better and differentiate between the two.

Having trained over 12,000 software engineers, we know what it takes to crack the most challenging tech interviews. Our alums consistently land offers from FAANG+ companies. The highest ever offer received by an IK alum is a whopping $1.267 Million!

In this article, we’ll be covering:

Coding is the process of translating ordinary language into machine language that the computer can understand. It converts the computer program into low-level language codes and then relays it to the computer for implementation.

The fundamental groundwork required to create fully functional software, coding, is the process that consists of trials and errors till the operation system is developed in a way that complies with the software program.

Why You Should Learn Coding

Having quality coding skills can help you:

To master coding, you need to:

As a coder, you’ll require these tools:

If you want to upgrade your coding skills, you can level up your coding career with Interview Kickstart.

As opposed to coding, programming is done using an organized and systematic approach. It follows step-by-step development and gives a lot of attention to the details to clear up bugs and errors that might come up in the production stage.

Why You Should Learn Programming

If you become a programmer, you will:

Here are the skills required to become a programmer:

As a programmer, you’ll need to do document reviews, plan, think about design, etc. To do these tasks, you’ll need tools such as code editors, analysis tools, modeling frameworks, assemblers, and so on.

To know more about the learning process of programming languages, you can read “What Programming Languages Should I Learn?”

Coding vs. Programming — The Key Differences

Here’s how coding and programming differ from each other:

Key Differences Between Coders and Programmers

The most important point regarding coding vs. programming is the level of knowledge both require. Coders have to have an extensive understanding of the project management language, but they can code according to the needs of the projects and the given information.

This acts as the first step in developing a given software product. Whereas programmers must analyze and conceptualize the various aspects of communication and generate the required machine outputs.

Therefore, it takes more time and a better understanding of the concepts to become a programmer than a coder. And if you want to improve your interview prep, you can read top tips for coding and programming interview preparation.

The scope of work is the defining factor between a programmer and a developer. As a computer programmer, you’ll be involved in more in-depth work that needs technical specialization.

Meanwhile, developers handle a broader range of responsibilities, including managing entire projects or overseeing a team of developers. Both are quite challenging professions that are highly in demand.

To get a more detailed understanding of the two professions, learn some more reasons why software engineering is harder than programming.

FAQs on Coding Vs. Programming

Q1. Which is better, coding or programming?

Coding plays the initial part in the development of any software and, therefore, is much easier to analyze and understand than programming. It deals with various complex scenarios and programs to ensure the product is properly executed.

Q2. Should I learn coding or programming first?

The answer depends on what you want to do. If you want to begin coding as a hobby, a new career, or just as an added skill, you first need to decide the programming language you want to get started with.

As both programming and coding need you to develop logic around numbers, having expert mathematical skills are vital for programmers. If they don’t understand certain mathematical concepts, coders and programmers won’t have the tools to succeed.

Q4. How to get started with coding?

After choosing the coding language you want to start, you can take online courses, watch tutorials on YouTube, go over books and ebooks, and use tools that make the coding process easier.

Q5. Is learning to code hard?

Learning to code requires a lot of commitment, time, practice, and willingness to find the best resources. If you’re into mathematics, abstractions to solve all sorts of problems, logic, and reasoning, it’ll be easier and more fun to learn to code.

Want to Upgrade Your Coding and Programming Skills?

If you’re looking for guidance as you prepare for your upcoming tech interviews and want to up your interview skills by improving your coding and programming, sign up for our free webinar.