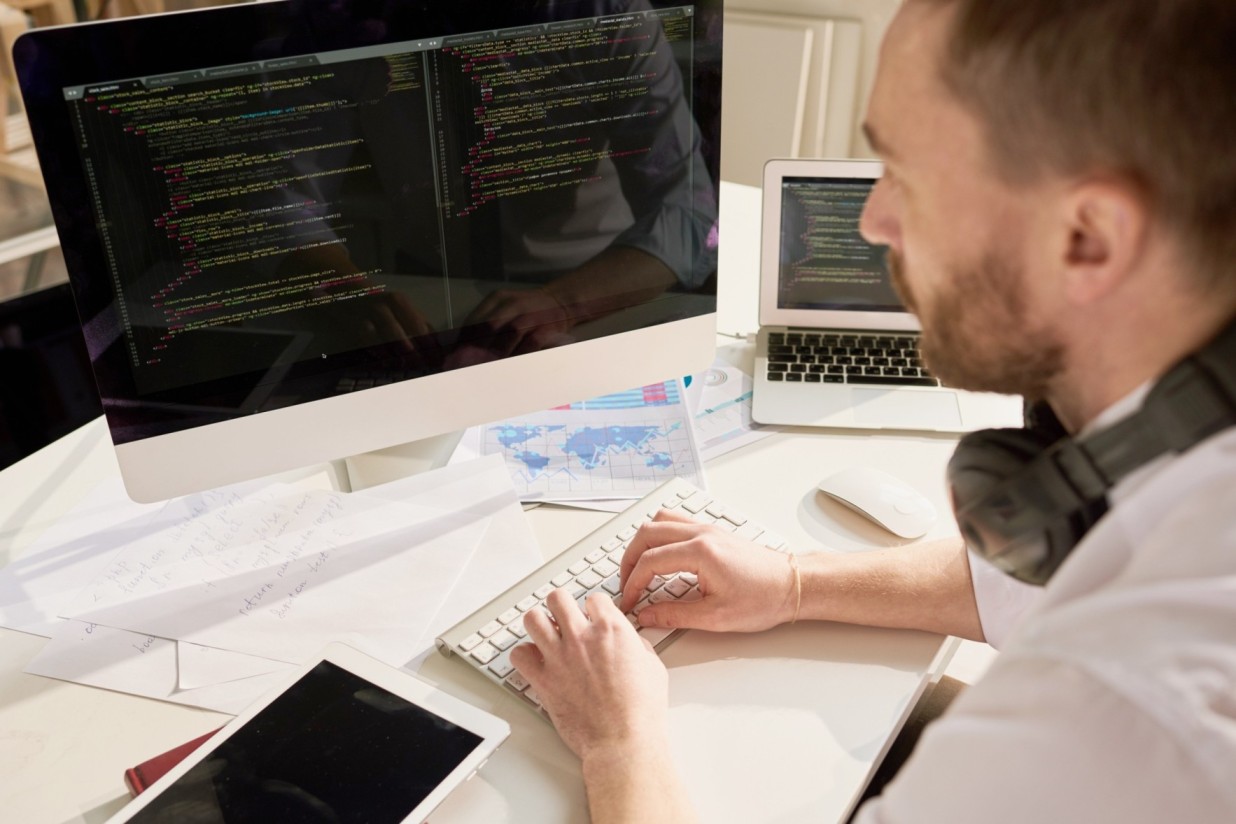 How you can accelerate your learnings
Register for Webinar
Home
›
Blog
›
What Programming Languages Should I Learn?

What Programming Languages Should I Learn?

Whether you’re new to the world of programming or a seasoned programmer looking to learn a new language, this article has something for you. This article focuses on helping you find the right programming language for you to learn next, no matter where you are starting from right now.

Having trained over 6,000 software engineers, we know what it takes to crack the most challenging tech interviews. Since 2014, Interview Kickstart alums have landed lucrative offers from FAANG and Tier-1 tech companies, with an average salary hike of 49%. The highest ever offer received by an IK alum is a whopping $933,000!

At IK, you get the unique opportunity to learn from expert instructors, hiring managers, and tech leads at Google, Facebook, Apple, and other top Silicon Valley tech companies.

What Programming Language Should I Learn First?

You can start with Python if:

You can start with C if:

What Programming Language Should I Learn as an Intermediate?

You can choose Python if:

If your first programming language was an OOP language, then you might want to consider the next language to be a low-level language like C if you:

If you are exclusively interested in OOP languages, you can also go for languages like Java, Ruby on Rails, and C#.

What Programming Language Should I Learn in 2021?

In this section, we’ll look at the current most popular programming languages that you can learn. We’ve used the TIOBE index and PYPL index data to compile these lists.

Based on the PopularitY of Programming Language Index, which works by analyzing how often language tutorials are searched on Google, the most popular languages worldwide that you can learn in 2021 are:

There are many programming languages, and popularity is not necessarily the best indicator of which language best suits your needs. To find the best language for you, understanding the difference between high-level and low-level languages is crucial.

Also, note that contrary to what you might’ve thought intuitively, it’s low-level languages that require more advanced skills, not high-level languages. Low-level languages offer less abstraction, are less concerned with being user-friendly, provide more control, and are closer to the computer.

Recommended Reading: The Hardest and Easiest Programming Languages to Learn for FAANG Interviews

Now that we understand this, let us look at what your ideal programming languages would look like depending on your priorities.

What Programming Language Should I Learn — Based on Priority

Everyone has their reasons for wanting to learn a programming language. Based on your reasons, your requirements and priorities will also change. While some might be looking for efficiency, others might need more control. In this section, we’ve listed down the different “priorities” and what type of language would work best for you.

Readability, Ease of Use, and Maintainability

Python wins this category, by far, in many ways. Python is an OOP language with excellent readability and ease of use. You can achieve a lot just with a few lines of Python code that’d take over 10x lines of much more complex code in a language like C.

Other than Python, languages like Java, Visual Basic, HTML, and JavaScript are also some languages that are easy to learn and use.

Again, mid-level and low-level languages will give you more control here. Languages like C and C++ would come in that category as they have no automatic memory management. In C and C++, you can, therefore, control memory management manually.

‍Recommended Reading: Most Popular Coding Languages for FAANG Interviews in 2021

What Programming Language Should I Learn for Artificial Intelligence?

Java’s virtual machine technology makes it convenient to implement the code on different platforms. So if the code is written and compiled on one platform, there is no need to compile it on others. These factors make Java one of the best languages for AI.

What Programming Language Should I Learn for Blockchain?

When it comes to Java, certain factors that make it incredibly useful for blockchain development include:

Recommended Reading: Most Popular Back-end Development Languages to Get a Job at FAANG

FAQs on Programming Languages You Can Learn

Q. What are some relatively new programming languages I can learn?

Here are some relatively new languages you might want to learn:

Q. How do I choose which programming language to learn next?

While this article provides a lot of information, you need to take into consideration a few factors that’ll help you decide the best language for you to learn next:

Q. As an intermediate-level programmer, how do I crack FAANG interviews?

If you need help with your technical interview prep, whether you’re a front-end software developer or a back-end coding engineer, consider joining Interview Kickstart.