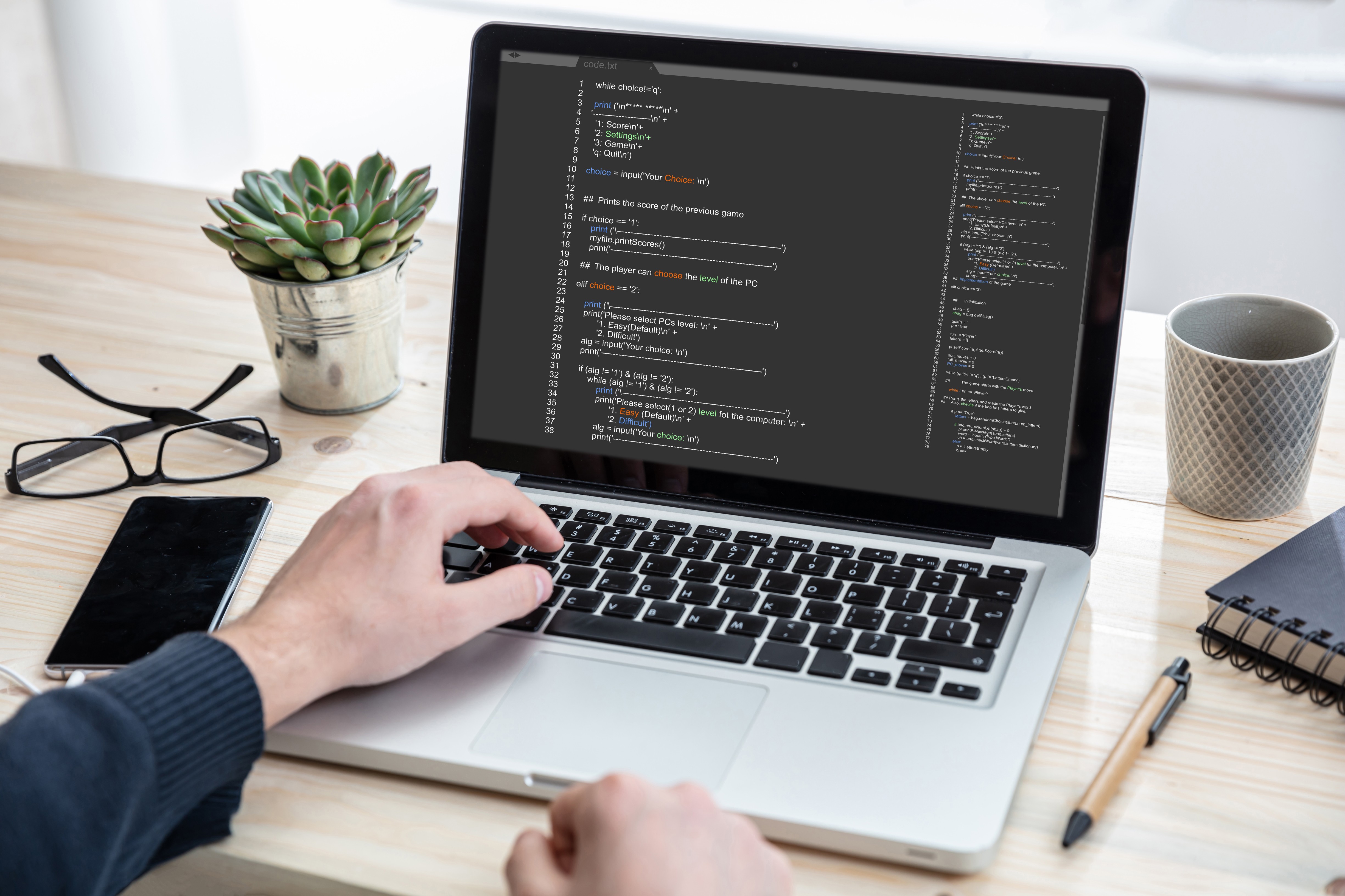 Since the emergence of Fortran in 1957, the programming paradigm has seen colossal advancements. Just as there are thousands of spoken languages, there are nearly 250 programming languages to interact with a computer system, based on the popularity and Turing completeness of a potential coding language.

Suffice to say, the world of coding is inexplicably vast and fast-growing. And software development is one of the most sought-after careers right now—

Software programming is a highly competitive field and demands that you have competence in more than one language to attract job prospects from FAANG (Facebook, Amazon, Apple, Netflix, Google) companies. Naturally, it is a huge challenge if you are trying to pick a programming language to learn, especially if you are a beginner.

In this article, we will rely on the latest statistics and insights to determine the best programming languages to learn in 2021 while preparing for FAANG interviews.

Here are the most used programming languages by FAANG companies in 2021:

As one of the most popular coding languages in the world, Python finds invaluable use in solving problems and gaining insights. Python has recorded a 27% year-over-year traffic growth which is mostly fueled by data analysts and data scientists; its application in AI analysis, deep learning, and data analysis is unmissable.

As per Artur Yolchan (Sr. Software Engineer & owner Coding Skills), “Python will probably be the most favorite programming language for developers in 2021."

Since Python is a general-purpose language, it offers a lot more versatility in job designations than its contemporaries, which means someone with knowledge of Python has abundant career advancement opportunities. From entry-level software developers with an average salary of $86,868 /year to Machine Learning Engineers earning $151,373 /year on average, the scope of Python-based jobs is invariably wide.

Reasons to not learn Python

Since Google deems Python to be extremely readable, easy to use, maintain, and interface to C++ libraries, it is the official server-side scripting language at the company alongside C++, Go, and Java. Therefore, Python developers are always in demand at Google.

In the words of the Director of Search Quality at Google, Peter Norvig, “Python has been an important part of Google since the beginning and remains so as the system grows and evolves. Today, dozens of Google engineers use Python, and we’re looking for more people with skills in this language.”

Netflix offers software developers the option to pick the programming language they wish to code in, and data in recent years has indicated an increase in Python-based applications, thereby driving the demand for Python developers. Python's rich libraries, large community support, and ease of usage are the primary factors driving its widespread popularity.

Python is currently among the top three most popular programming languages at Facebook alongside C++ and Hack (PHP dialect). There are a number of Python projects published by Facebook which includes the Python Async IRCbot framework currently being used to upgrade Facebook infrastructure.

Even after 30 years of its release by Sun Microsystems, Java is still one of the most used and in-demand programming languages today. Java was eventually taken over by Oracle, and shares similarities with C++ and C#, making it easier to branch into different programming domains with knowledge of just one of them. It is used to develop mobile applications, gaming consoles, and software applications based on databases.

With 10.45% ratings, Java is featured on the #2 position on the TIOBE index of the most popular programming languages of 2021.

Java developers are perpetually in demand and can expect to earn six-figure salaries depending on their experience, competence, and job location. The average salary range for a java developer is between $51k to 1067k per year. When combined with Scala, it can result in a 66% salary hike.

Reasons to not learn Java

Since Java finds tremendous use in services that need to be scaled, it is the top choice of tech giants like Google, Square, Instagram, eBay, Amazon, Airbnb, and Google, among others.

It is also used for application development by cloud computing service providers like Microsoft, Amazon, and Google.

JavaScript is an all-purpose programming language that is used to create interactive web applications. It is a high-level, interpreted, and just-in-time compiled language developed in 1995 that is behind most of the dynamic web applications we see today.

As per the Stack Overflow 2020 survey, JavaScript has maintained its status as the #1 most commonly used programming language for eight consecutive years. The data is compiled on the basis of 57,378 responses from professional developers who chose JavaScript over other programming, scripting, and markup languages like HTML/CSS, SQL, and Python.

It is imperative to be well-versed in JavaScript if you are eyeing a career in front-end development. However, career opportunities based on JavaScript are not restricted to client-side scripting alone. The in-demand skill can help aspiring developers attract a wide range of job opportunities in full-stack development, data science, AI and machine learning, gaming, and information security.

As per Devskiller IT Skills and Hiring Report 2020, nearly 72% of companies require developers skilled in JavaScript. There are over 44,000 jobs listed on Indeed in the United States alone, and nearly 105,000 on LinkedIn.

Reasons to not learn JavaScript

C++ or "C with Classes" is a general-purpose, object-oriented programming language created as an extension to C. Even though different in many respects, both languages are used for designing operating systems, browsers, games, and web applications. They have contributed to the development of programming languages like C#, Java, PHP, and Verilog.

C++ is the language of choice of roboticists, gaming developers, as well as avionics programmers. To land a job at top companies like Tesla and Nvidia, one must consider learning "low-level" programming languages like C and C++. Since Google's culture is shaped by C/C++, and Microsoft has plenty of its services written using these languages, it's a good idea to learn C/C++ before interviewing at Google and Microsoft.

The average salary of a C++ developer is $107,353 per year. There are an estimated 7,600+ jobs listed on Indeed for C++ programmers. In recent years, there has been a 1.25% increase in the remuneration of C++ developers who demonstrate competence in Agile methodologies.

Reasons to not learn C/C++

C++ is used by some of the biggest tech and non-tech companies in the world.

Facebook and Amazon also use it for low-level infrastructure development. Adobe's PDF and Photoshop Illustrator are both built using C++. Evernote, Opera, and NASA are among other top companies using C/C++. Other applications are Mozilla Firefox and Thunderbird.

Go or Golang is an open-source language developed in 2011 by Google. In recent years, it has surpassed the likes of Ruby and is fast-becoming the server language of choice for web developers. Golang registered an 8% growth between Q3 2019 to Q4 2019. It is known for its simplicity, enhanced security, improved efficiency, and code readability.

As per the 2020 Stack Overflow survey, Golang is amongst the highest-paying programming languages. Go software engineers earn  $117,306 annually on average.

As remarked by the CEO of Shopify Tobias Lütke, “Go will be the server language of the future.”

Reasons to not learn Go

Other big companies using Go are Dropbox, Dailymotion, and Uber.

Kotlin is a powerful, open-source programming language developed by JetBrains (Amazon Partner Network Technology partners) that supports both Android and iOS mobile platforms. It is often considered to be a JVM-based alternative to Java. Even though Kotlin code cannot be integrated with Java, it can interoperate with Java to produce code that can run on JVM. It is a statically-typed language that, despite having been released in 2011, has garnered a large community of developers since Google announced its support for Kotlin in 2017.

Reasons to not learn Kotlin

Other top companies that use Kotlin are Netflix, Foursquare, Basecamp, Capital One, Coursera, Uber, and Pinterest.

Developed by Apple in 2014, Swift is a highly performative language that is used in the development of IOS applications as well as programming iOS-based devices like WatchOS, MacOS, iPad Os, and TvOS. Apple claims it to be 2.6 times faster than the old Objective-C.

Swift has the backing of Apple and is well-positioned to dominate iOS development in the coming years. In the short while since its release, Swift has already garnered a large community of developers. Therefore, the demand for Swift developers is only expected to grow.

The average salary of Swift developers is $104,659 /year as per PayScale. According to Stack Overflow, Swift is the sixth most loved programming language.

Reasons to not learn Swift

How to prepare for FAANG coding interviews

Here are a few useful tips to help you prepare for your FAANG interview:

Familiarize yourself with the interview process

Companies often modify their interview processes. Furthermore,  tech companies have specific criteria for evaluating candidates. So, make sure you gather information from suitable sources and prepare accordingly. Typically, the interview process at FAANG companies is designed to test your knowledge of Data Structures and System Design and evaluate your coding prowess. There are several interview rounds at FAANG:

Build competence in the most used programming languages, frameworks, and databases

Applicants with proficiency in multiple popular programming languages and the latest programming tools, frameworks, and database systems stand to attract lucrative job prospects from top companies like Facebook, Apple, Amazon, Netflix, and Google. To prepare for your interview, It is a good idea to gather as much knowledge as possible on the technologies these companies use and the challenges they are currently facing.

The most popular frameworks used by FAANG companies include ReactJS, Hadoop, NodeJS, Django, Flask, and AngularJS. The most used database technologies, on the other hand, are MySQL, Redis, PostgreSQL, MongoDB, and Cassandra. As for the programming languages, we've already discussed them in detail in the above section.

Learn about the most commonly asked interview questions at FAANG

Companies usually have a set of questions they ask candidates to test their competence in computer programming. Therefore, it is important to prepare your answers for as many technical questions as possible. With whiteboard coding questions, you need to build your speed to solve problems faster and more efficiently. For this, you need plenty of practice.

Even with the right preparation material, there's little chance that you will be able to evaluate your readiness. Therefore, it is necessary to sign up for mock interview sessions with someone who has experience and knowledge to help you identify your weaknesses. This will also give you a comprehensive insight into the interview process and help overcome anxiety with sufficient rehearsals.

It's never easy to start learning something new. However, when you have clarity with respect to your goals, the process becomes significantly easier. Analyze your interests and set clear, definitive objectives based on them. Post that, you can research the tools and resources you would require to get closer to your goals.

When it comes to landing your dream job at a FAANG company, you need to remain patient and committed to your learning process as the interview processes are grueling. Upskill yourself with a focus on the most used programming languages in 2021. This will ensure that your skill development is future-proof and rewarding in the long run.

We hope this article helped you determine the best coding language to learn in order to land a job at one of the FAANG companies.

How to get your dream job at FAANG companies