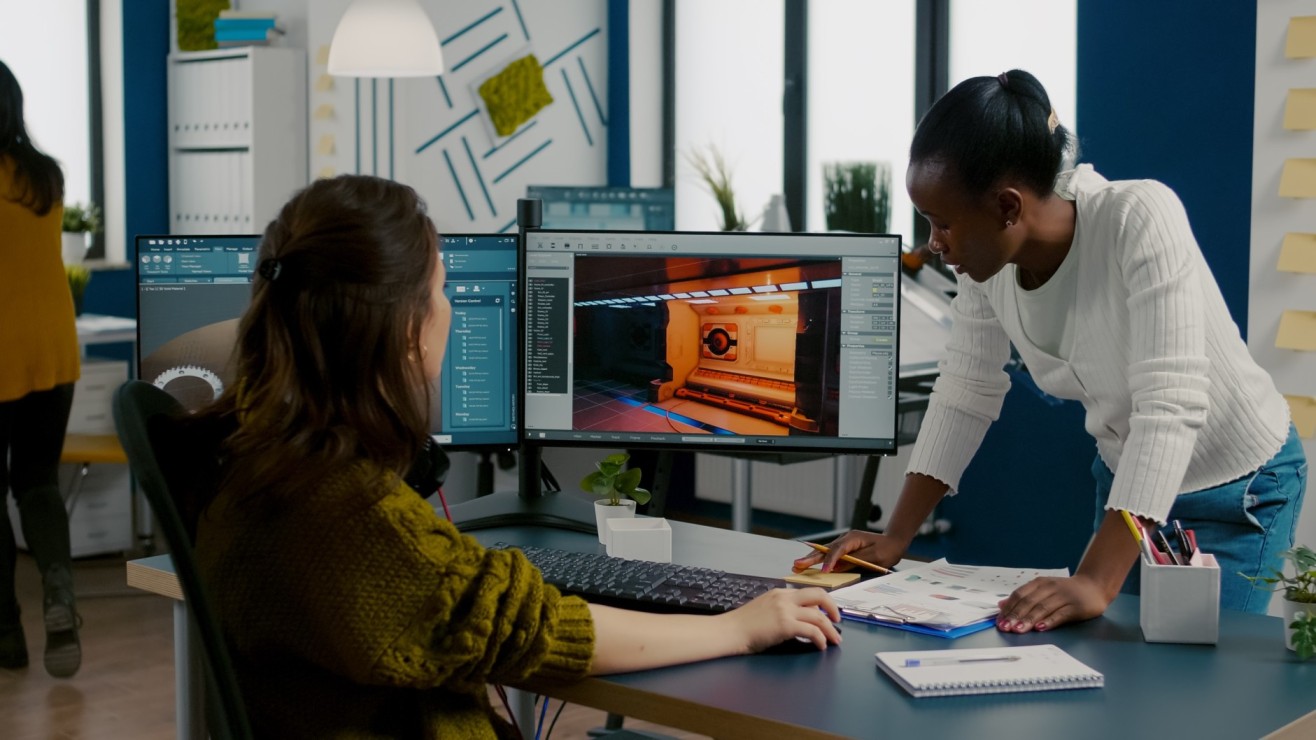 How to Become a Game Developer in the US

If you are fascinated with game development and wondering how to become a game developer, this article will definitely interest you! Game developers are in high demand in recent times, especially with the onset of virtual reality, advanced consoles, and cloud gaming.

The journey in game development is extremely exciting and stimulating. In the past few years, a huge percentage of software developers have switched to game development, looking at the scope the industry offers.

Want to nail your next tech interview? Sign up for our FREE Webinar

Here’s what we’ll cover in this piece:

How to Become a Game Developer: Understanding the Roles and Responsibilities

How to Become a Game Developer: Skills and Qualifications Required

How to Become a Game Developer From Scratch

Game development is a rewarding career choice if your interest lies in designing and developing games that provide an enhanced user experience. To begin your career in game development, the first and foremost skill you require is coding. Even if you’re getting into game design and not specifically into game development, having good coding fundamentals can be highly beneficial.

Game developers essentially work to bring the game environment to life through functional code. So to begin a career in game development from scratch, learning how to code is critical.

If you’re a beginner programmer, it’s best to begin by learning C++, as C++ is one of the most widely used programming languages for game development. It will take you a good 6-8 months to learn the language extensively to start developing game code and building game algorithms. Some other popular languages used for game development include C#, JavaScript, Python, and Lua.

So, to become a game developer from scratch here’s what you should be doing:

These points will help you familiarize yourself with game development and move towards a rewarding career in the profession.

If you’re an experienced software engineer, the best way to become a game developer is to dive deep into game-level design and learn how to use game engines to build game code and algorithms. As a game developer, your primary role would involve bringing the game environment to life through functional code.

So, if you already have a strong grasp on a programming language, preferably an Object-Oriented Programming Language, knowing how the popular game engines work is important.

As an experienced programmer, if you wish to transition into a game development career, you should:

Average Salary of Game Developers in the US

Game Developers enjoy lucrative compensation at top companies. Game development is one of the highest-paying entry-level software development jobs, making it an in-demand profession in recent times. Let’s look at the average salary of game developers in the US.

FAQs on How to Become a Game Developer

Q1.  What is the average game developer salary in the United States?

The average game developer salary in the United States is $81,803 per year.

Q3. How much does a lead game developer make in the US?

The average salary of lead game developers in the US is $131,464 per year.

Q4. What is the average salary offered to senior game developers in the US?

The average salary offered to senior game developers in the US is $127,778.

Q5. Which companies are known to pay the highest salaries to game developers?

Gear Up for Your Next Game Developer Interview

Are you getting ready for your upcoming game developer interview? Register for our technical interview webinar.

At Interview Kickstart, we’ve trained thousands of engineers to land lucrative offers at the biggest tech companies. Our instructors, who are FAANG hiring managers, know what it takes to nail tough tech interviews at top technology companies.

Register for our FREE webinar to learn more.