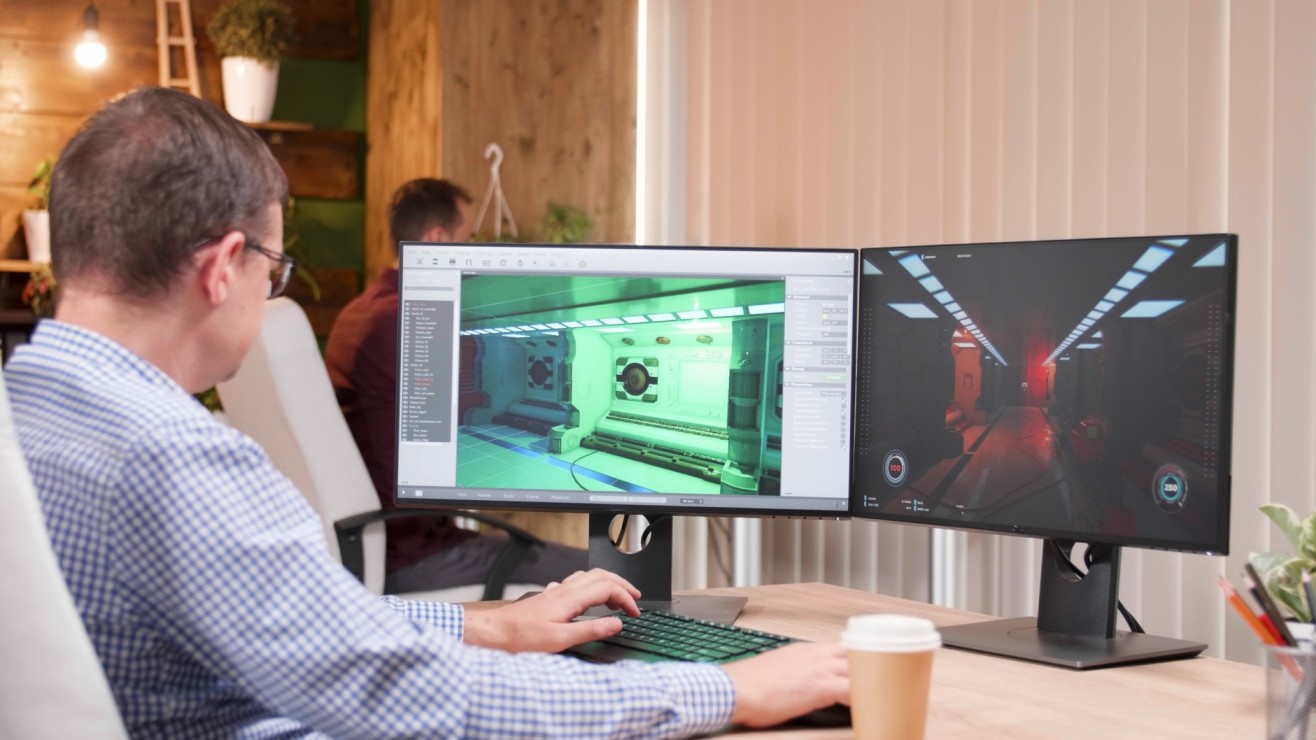 Everything You Need to Know About Game Development

Game development is one of the most exciting career paths for software engineers today. With the progressively increasing complexity and sophistication associated with present-day games, the demand for game developers has seen a steep rise. Popular gaming companies are ready to pay top dollar for the right talent, making game development one of the highest-paying careers in recent times. The average game developer salary in the United States is way over $100,000, making it a rewarding career to opt for if you’re a software engineer.

In this article, we’ll look at some skills and qualifications needed to excel as a game developer. We’ll also understand what exactly game development is and what areas you should focus on to land game developer jobs in 2022.

What Is Game Development?

Game development is essentially the process of building and designing a game from the concept phase to the launch phase. The process involves multiple steps, each requiring a unique set of skills and a team of highly motivated developers. The main stages of game development from the technical perspective include:

In this phase, developers and concept creators measure the viability of the game’s overall concept and its features. They decide what the game should fundamentally include and the end motive. The concept phase involves creating the game’s story, missions, levels, and objectives.

This phase involves planning and designing the game environment. Developers and game designers leverage powerful code to bring virtual design to reality. The design phase also involves planning several features within the game to make it unique and gripping, including the characters, the game landscape, player rewards, and more.

The development phase involves writing innumerable lines of code to bring the game to life based on the pre-planned design. Developers implement every single feature into the game and bring concepts to life.

This phase is a continuation of the development phase and mostly involves adding audio and visual effects to the game environment. It also involves integrating game levels into the gameplay.

This is a crucial phase in the process that involves the acumen of testers and developers alike. The objective of this phase is to identify bugs in-game levels, characters, the game environment, and more. Bugs identified are then fixed before the master release happens.

The game finally hits the market after alpha/beta releases and is made available to gamers. Various other non-technical aspects like marketing and advertising are planned during this phase.

To land a high-paying job as a game developer with a top gaming company, you’re required to possess a particular set of skills that will help you carry out your responsibilities. Let’s look at some important skills required to become a game developer:

Game development is a comprehensive process that involves multiple stages, roles, and resources. If you’re looking for a role in game development, this section will give you an idea about the various professional roles associated with game development.

Game designers are involved with planning the overall structure and layout of the game. They plan the game environment, the story, its characters, and other key features. As such, the main role of game designers is to visualize the game and every feature associated with it.

The main role of game developers is to bring the design to life through functional code. Game developers are required to have a stronghold on programming languages and building game algorithms that automate features within the game.

Game animators essentially work to integrate animation effects into the gameplay. They also deal with various audio and visual effects associated with the game.

The main role of a game tester is to identify and fix bugs within the game. Game testers identify errors in the game environment, game levels, and other areas.

3D artists work closely with game designers and animators to integrate various 3D elements into the game. They leverage a bunch of game software and tools to achieve this.

QA engineers perform final checks on the game before it is launched.

Game development has become one of the most in-demand professions in software engineering in recent items, mostly because of its enormous scope. The average game developer salary in the United States, according to BuiltIn, is $115,846 per year. This is apart from many other benefits that top companies offer to game developers, including insurance, wellness, retirement, and financial benefits.

The table below gives you an idea of the average game developer salary in the US.

As you can see, game developers are offered lucrative compensations, making it a rewarding career for software engineers.

1. What skills are required to become a game developer in the US?

Some essential skills required to become a game developer include:

2. What are some programming languages used for game development?

C++ is the most widely used programming language for game development. Apart from that, game developers also use Java, Ruby, and Python.

3. What are the different stages involved in game development?

The different stages of game development include:

4. What is the average game developer salary in the US?

The average game developer salary in the United States is $115,846 per year.

5. What are some popular roles associated with game development?

Gear Up for Your Next Game Developer Interview

At Interview Kickstart, we’ve trained over 10,000 engineers to land lucrative offers at the biggest tech companies. Our instructors, who are FAANG hiring managers, know what it takes to nail tough tech interviews at top technology companies.

Register for our FREE webinar to learn more.